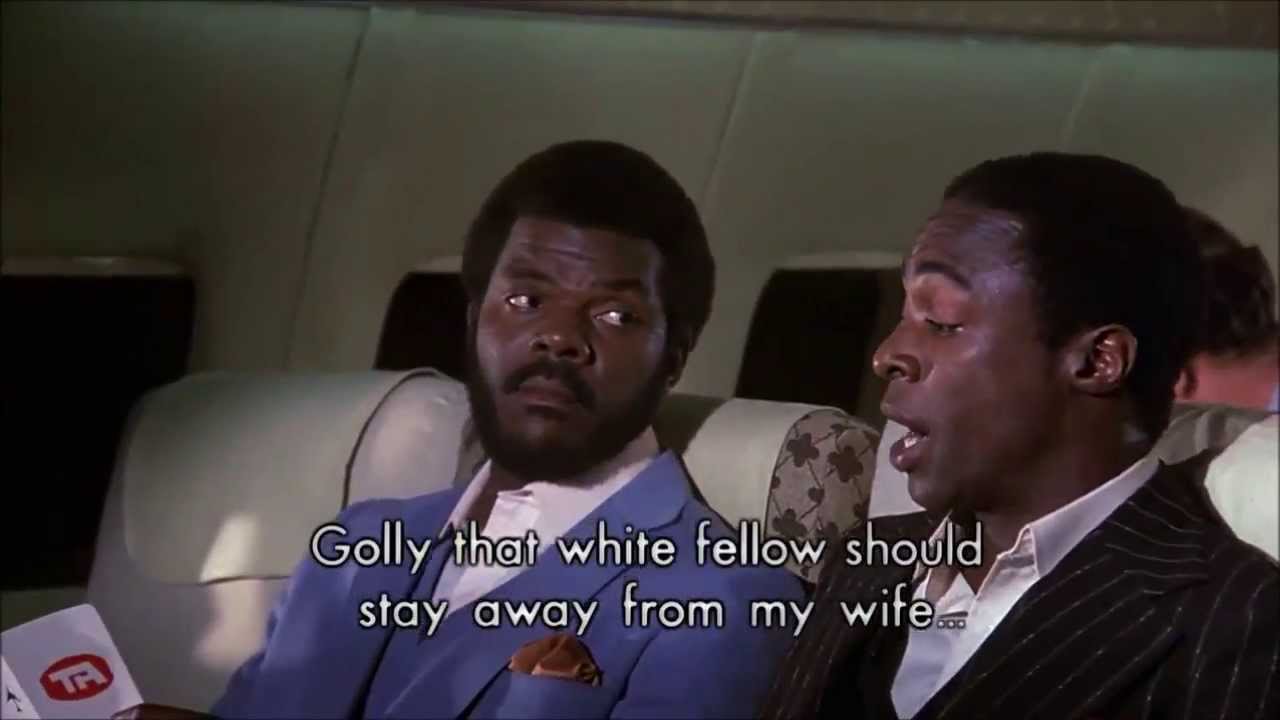 Currently ranked as the 7th biggest fear among Irish people behind biting Calipos and Daddy Longlegs, subtitles and subtitlephobia is something that we need to talk about. Being a subtitle sympathiser, I want to try and spread the message that it isn’t agonisingly painful to have to read while simultaneously watching something. In fact, it has many benefits that you don’t get with plain old films in English.

My “entrée” into the word of Subtitles: Spanglish (el primer plato wouldn’t have the same ring…)

I have many cherished memories from my secondary school days, but having to watch Spanglish with Adam Sandler and Penelope Cruz in Spanish class was not one of them. Yes Penelope Cruz is beautiful – even more beautiful when you’re 14 and sitting in an all boys school- but the film is so utterly boring that I even considered asking our teacher to give us a test instead. However, what I did not realise then, was that this was very soft introduction to reading subtitles during a film.

After you do it once, it is like riding a bike. I had a new skill and I was ready to go explore a whole new world of TV and film. And being 14 year old who is the youngest of 4 there’s only one place to go explore; my brother and sisters’ DVD collection. Which is where I came across this next classic.

Probably the most popular foreign language film ever, City of God which currently occupies 20th place in the IMDB Top 250, is a must watch.

Rio’s Favelas of the 1970s play host to the true story of Rocket, a charismatic photographer, who flirts the lines of crime and coolness to get a bird’s eye view of the the feuds between the young reckless gangs. Through his lens, Rocket captures the love, hate, cruelty and beauty within this hotbed of crime. The film will have you laughing one minute and grimacing the next as the reality of crime life in the favelas unfolds.

Despite watching this definitely 18s film out of divilment as a teenager, my appreciation for it grew as I watched it over and over, year after year. This clip of The Tender Trio from the beginning of the film will set the tone for you.

Tell No One has held the title of ‘My favorite film’ since I saw it in 2009 right up until The Intouchables – also French, and also starring François Cluzet – knocked it back to 2nd.

I loved this film so much that I HAD to show the lads even though I knew they were pretty much all subtitle virgins. I told them a very brief plot; “basically, yer man’s wife gets murdered and 8 years later he gets an email from her.” I asked for their patience with the subtitles and agreed to press pause after 30 minutes to see if they were still interested. To my delight, when I pressed pause they hurled abuse at me and told me to put it back on. In fact they got so into it that one of the lads asked if we could stop it for a few minutes because he just needed a time-out to talk about it! Tell No One is a class film. So class that it’s about to be made again. In English. Please please please watch the original before they do. I promise that you’ll love it.

#1 My favourite film of all-time: The Intouchables (France)

I first watched this movie in Czech Republic as part of a training course on wellness in youth work. When I asked what film they had ready for movie night, I was surprised when I heard The Untouchables. “Oh. The Untouchables. Good film I suppose but I don’t see how it fits a Wellness training course”. Turns out it wasn’t the classic story of Al Capone making a nuisance of himself in Chicago, but a French film called The Intouchables.

This true story of a quadriplegic billionaire and his new formed friendship with his – unqualified, inexperienced, working class – carer is enough to melt tungsten -according to Google tungsten is really hard to melt. Combining astonishing acting with an emotional heart warming story line, AND the most beautiful soundtrack you will hear (Ludovico Einaudi) this film is my number 1 of all time – currently.

Other foreign language films that I would recommend include a heap of World War 2 stories. One thing that bugged me – even when I was a kid – was English/American actors, speaking English in fake German accents. It’s almost as cringy as watching a dubbed film. So avoid Tom Cruise’s Valkarie, and Jamie Dornin and Clillian Murphy’s ‘Anthropoid’ – despite it being my favorite WW2 story (check out HhHH by Laurent Binet) – and give some of the classic German films a go.

Downfall is a great one that you will all have seen some of. It depicts Hitler’s final hours as the Soviets close in on Berlin. Tension heightens as the walls around him get smaller by the minute. Although understandably, he seems more concerned with how Leinster got the better of Munster in the Heineken Cup.

The Counterfeiters is another fascinating true story. This one is about a heroic yet conflicted resistance from within a concentration camp which turned out to play a major role in the winning of the war for the Allies. This is sure to keep you on the edge of your seat, not missing a word.

However my ultimate WW2 recommendation is Generation War. A 3 part feature length TV show which has been branded as the first German produced film telling the German side of the story. It is the story of 5 best friends and the different paths their lives take throughout WW2. Starting in 1941, they promise to be back home to meet up for Christmas, but none of them could imagine the journeys that they were about to take. I have watched Generation War a dozen times and just writing about it here makes me want to watch it again.

So this coming winter, when TV and film regain their place in our daily routines, why not try something different. Switch the phone off – YOU CANNOT WATCH A SUBTITLED FILM AND SCROLL THROUGH INSTAGRAM TO SEE WHO HAS A NEW JUMPER AT THE SAME TIME – and let yourself be drawn into any of the fantastic films – maybe not Spanglish – mentioned above. By doing so you will open up a whole new world of entertainment for yourself. TV series like The Bridge, Borgen, Occupied and La Casa de Papel – which is next on my list – are out there waiting for you. Waiting for you to get over your silly little fear of subtitles. It is embarrassing enough that we only speak one poxy language that isn’t even our own. So let’s not be total eejits and let’s learn to love foreign film.