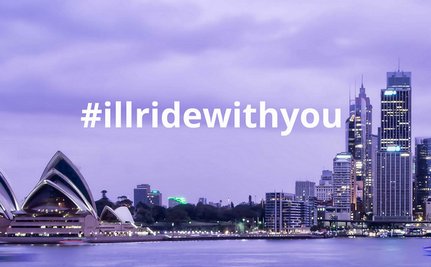 Rewind 50 years in Ireland. What knowledge did our parents and grandparents have about the rest of the world? Sure they would know a small bit from what was published in newspapers. They might know a small bit from watching a documentary on BBC. And they’d know a bit from what old Tom down in the local told them about his time in France during WW2. But would they actually know anything about people of the world? People from Japan, Germany, Tanzania, Pakistan, Mexico or India? No, especially not compared to how well the global community know each other today.

Today online global communities are all over cyberspace. Facebook groups, LinkedIn connections, blog followers. However people will argue and say that these aren’t true communities. They are not real life… I’m sorry but I strongly disagree. And here is why…

One act of kindness, shared across the world by the global community to spread a vital message.

It’s always difficult to see any positives in sheer horrific situations. But this ‘#illridewithyou campaign’ is a great example of how the good in people can outshone the actions of a lunatic.

Amid uncertainty about the hostage-taker’s motives and fears of reprisals after a flag bearing the Islamic proclamation of faith, was raised in the cafe, some Australians created the hashtag,  #illridewithyou  in a bid to show solidarity with local Muslims who might feel threatened.

The solidarity didn’t just stop in Sydney though. It travelled all over the world thanks to the global community.