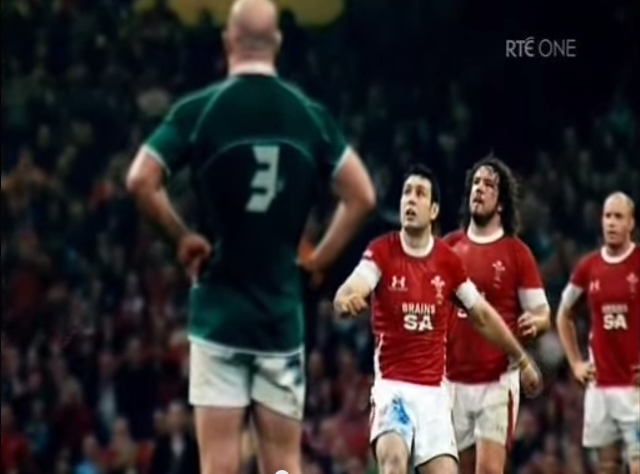 My relationship with God is a funny one. I know he’s probably very busy all year round, so I only tend to call for help when I feel he’s really needed. And these 5 moments in Irish Rugby, I felt we REALLY needed him.

“Shane Horgan, if you’ve done this, you’ll be remembered for many years to come”

24 – 21 down in the 78th minute. All looked lost, until a combination of 3 men broke the English defence and moved play from our own 22 to England’s try line. O’Gara’s chip forward, O’Driscoll’s gather and pass to Horgan who almost made it to the line before being pulled down agonisingly close. Still on the attack (with a penalty advantage), Peter Stringer spins one wide for Shaggy to have another go. But it’s too narrow, he couldn’t squeeze in there, could he?? COULD HE??

The Referee is going upstairs, a youthful Nigel Owens on the line is saying “It looks good”… Then the replay hits the screens. “Watch the feet. The feet look good…” Oh please God let them be good!!!

As a big rugby fan who has never played the game, I’ve always said my love for rugby was born on that famous day in Paris in 2000 when Brian O’Driscoll reached Roy Keane’s level of greatness through the eyes of a 10 year old me. However my love for club rugby and The Heineken Cup came 7 years later when Munster held off Biarritz to win their first European title.

The camera constantly switched from the game, to the stands and back over the thousands watching live in Limerick. It was passion that I’d never seen anywhere else. Being four points up with 10 minutes to go, Munster began to get jittery. ROG uncharacteristically kicking possession away, knock-ons, penalties conceded. The Face of Paul O’Connell said it all. And when we saw it, a city, a province, a country began to pray.

2014 was the year Ireland would pay him back. Brian O’Driscoll. The greatest we’ve ever had. We could not send him off in his final year with nothing. And only one thing was in our way, les Chanteclairs, les Bleus, the French in Stade de France. The same place where he began it all 14 years previous. Come on Ireland, Come on Brian let’s get it done.

77 minutes gone, 2 points up and in control. Another penalty conceded, shortly followed by an outrageous kick from Rob Kearney inviting France to Break down the left, they have numbers out wide. Everybody thinks back to 4 months previous when The All-Blacks broke our hearts. Surely not again. We filter back and France go back right. BUT THANK GOD, Papé the skipper has thrown a forward pass. The referee is going upstairs anyway but surely it’s grand… Eh, why hasn’t he made the call already? “It definitely drifts forward, but does it leave his hands forward?” YES IT DOES….. tic toc tic toc… Thierry Henry, Joe Sheridan, is Pascal Papé joining the club? Steve Walsh please don’t do it to us, please don’t do it to Brian. 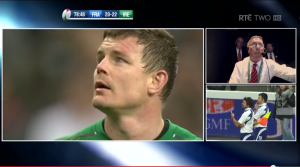 The All Blacks in recent years are undoubtedly The Greatest Sports Team of All Time. So when the World Champions came to Lansdowne Road to play against Ireland for the 28th time, they came to get their 27th victory, and leave us still scared and lost at the prospect of how we may NEVER beat them.

Coming into the game we had nothing to lose. Off the back of a poor 6 Nations campaign, many fans would have taken a good performance to save face against the New Zealanders. However the players had different ideas, and 3 unanswered tries in the first half left us ecstatic and hopeful. The optimists among said “YES this was coming, well done us” whereas the pesimists thought “uh oh, all of a sudden we have everything to lose”. And we had, and we did 😦 .

I’ve already mentioned Thierry Henry and Joe Sheridan, and being a Irish soccer fan and a Louth GAA man, neither of them atrocities came close to the heartbreak I felt watching the unstoppable men in black break down the left wing and break Irish hearts. However no blame can be put on the unanswered prayers, or the errors committed by some of our usually reliant leaders. We just had to sit back and admire the greatest sports team in the world, doing what they do best. Winning.

“Wales have a penalty, to win the triple crown and break Irish hearts.”

‘Where were you when Ireland beat Wales to win the Grand Slam?’ A question that will be asked throughout this generations’ lifetime. Well I was confined to my sitting room with my dad after contracting the feckin mumps. However every cloud has a silver lining. It meant I had no choice or excuses not to be sitting in my lucky chair. The same place I sat for Collins 1995, Doherty 1997, Solskjaer 1999, McAteer 2001, Harrington 2007. Iconic names and unforgettable moments. Would this day surpass them all?

The luck chair, God on speed dial, Mam and sisters out of the house. I was prepared. LET’S GO IRELAND.

The first call went through at half time. We were 6-0 down and deflated. Wales were dictating and controlling the flow of the game. Then, cometh the hour cometh the man. BOD gets over. Bowe also. Prayers answered. But the drama wasn’t over, as Wales and Stephen Jones kicked their way back in from. With special thanks to the man in the middle (in my admittedly very biased opinion).

Maul after maul we worked a good position. ROG is in the pocket. This is it, 77th minute, time for call number 2.

“This must be it for Ronan O’Gara, drop at goal, Grand Slam at stake, HE’S GOT IT…”

As Stephen Jones places the ball down and the clocks goes from black to red, call 3 goes in. But it’s engaged as every one of us all over the country are doing the same. PLEASE GOD, let this one drop short. 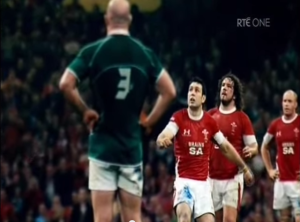 And the rest is history…